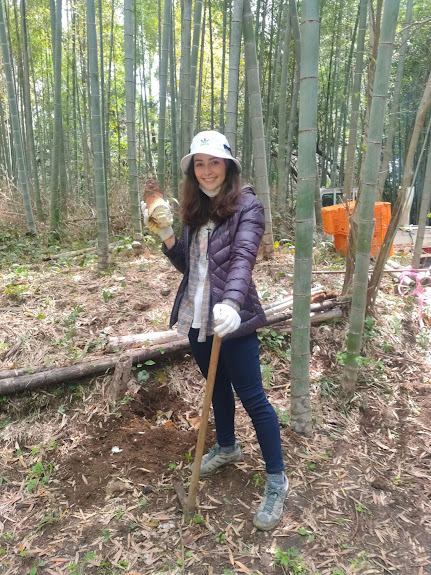 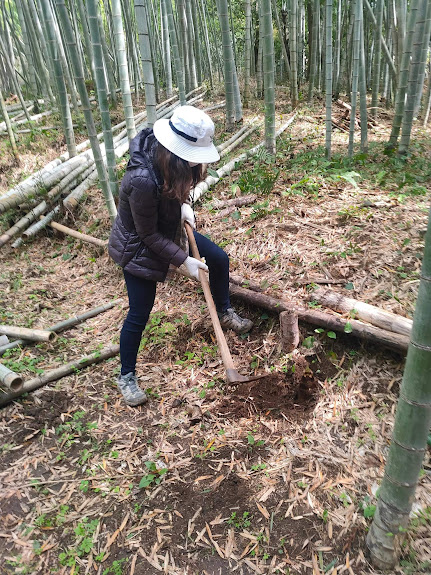 My name is Ana and I am the ALT (Assistant Language Teacher) at Kajiki High School. I was asked to start writing about my life here in Kagoshima. I like to try new things and stay physically active. For example, on April 2nd, I participated in a takenoko (bamboo shoot) hunt near Takaoka park in Kajiki. It was organized by Manabu, a member of my community here in Kagoshima. Manabu lives in Kajiki and manages many rice and bamboo fields. Sometimes, he asks foreigners to join him picking the bamboo shoots. In the United States, we rarely eat bamboo. We only eat bamboo when we go to Japanese or Chinese restaurants. Other than that*, it is not common for us to eat bamboo or to see bamboo trees. When I walk in the mountains near Kajiki, I am really surprised and amazed by how beautiful bamboo is. Another thing that surprised me was that bamboo can grow about two meters in one year. That’s why, Manabu-san, and the people who work with him have to pick bamboo very quickly before it grows too much. I was tired after picking only five bamboo shoots in one hour but Manabu spends eight hours per day picking bamboo. He picks about 100 kilos of bamboo per day.

I asked Manabu about his job a little in Japanese because I really like agriculture. I became interested in agriculture after living in Japan, and sometimes I’ll write here about the farms I visit and farmers I speak to. Of course, the point of farming is to eat the food after harvesting, so at a hanami, my friends and I enjoyed takenoko bento. Even though I lived in Tokyo for two years as a college student, I didn’t eat much bamboo, but in Kagoshima, I’m enjoying it as much as possible. After this experience, takenoko has become one of my favorite Japanese foods.

Thank you for reading my first blog post. I’ll write about some part of my Kajiki or Kagoshima life every week, so please look forward to more of these posts. Matane.

English Phrases
*Other than that → それ以外 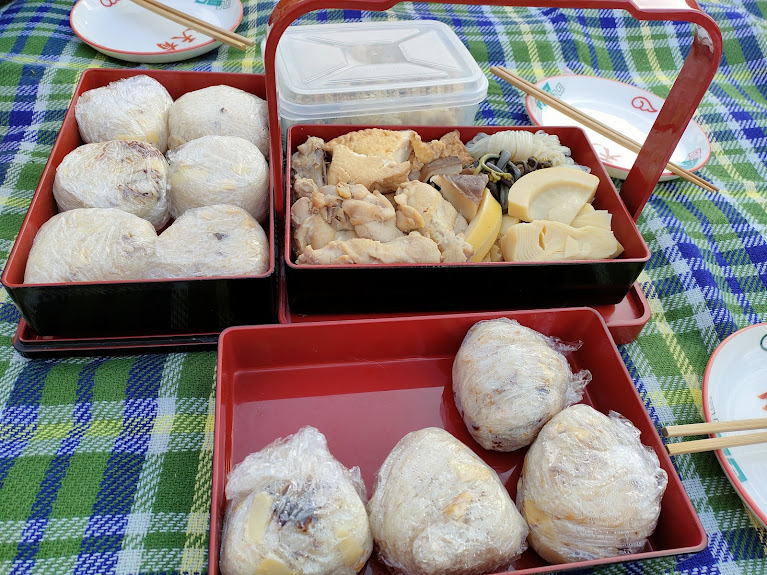 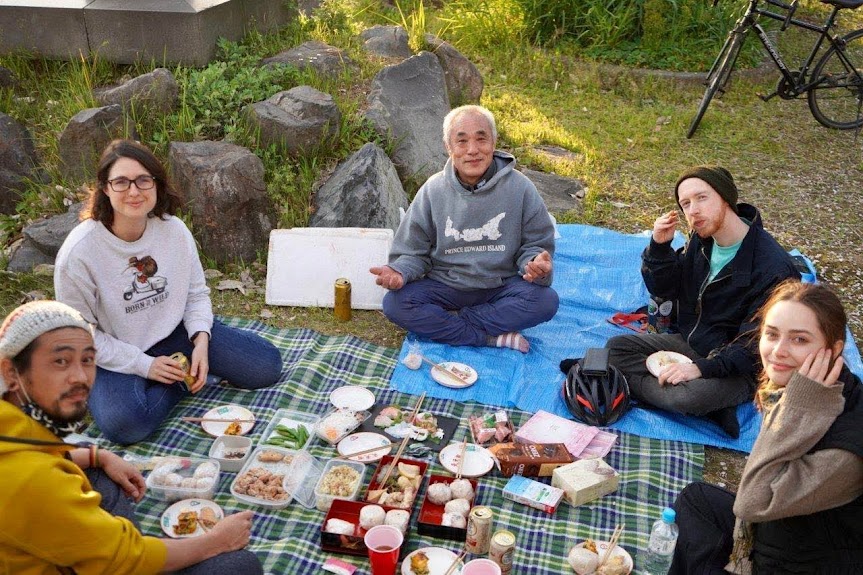